Episode 2- Were there three wise men? 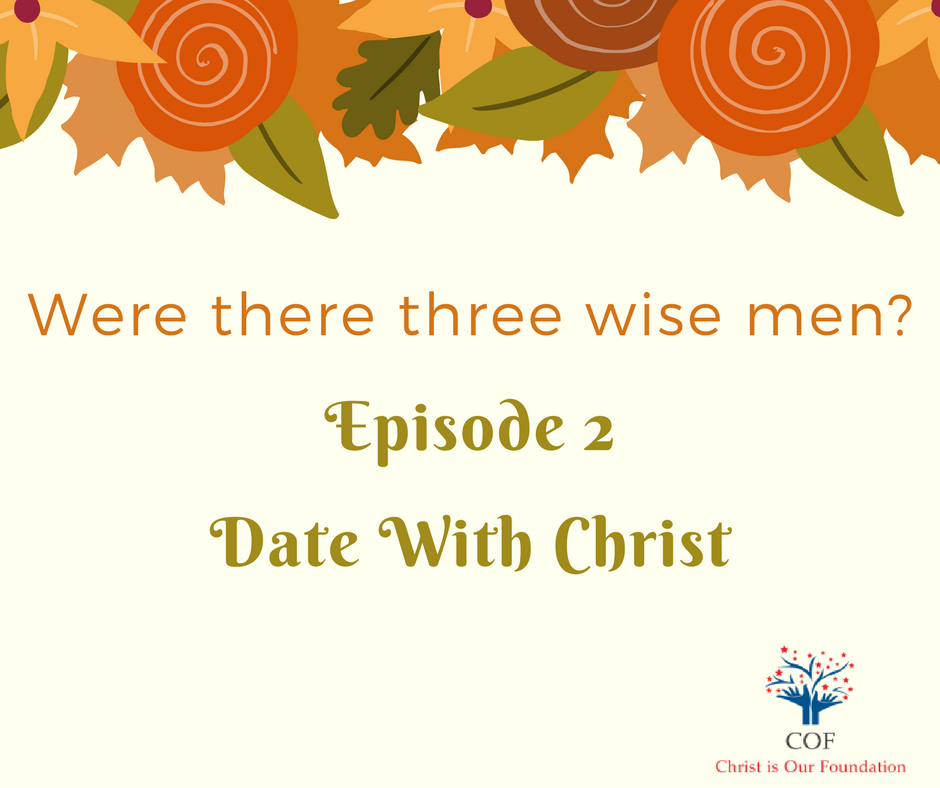 Today’s passage reminded me of an incident which happened during my Sunday School.

We were sitting in the Sunday School waiting for our Teacher to enter. As we were talking among our self, he entered the room and we all kept quiet to listen to him eagerly, to learn from the Bible. He said, today he will be teaching us about the Wise Men mentioned in the Bible. But before proceeding he asked us one question – How many wise men were there in the Bible?

We all replied in unison and with confidence that they were three, he again asked us are you sure? We thought that it was funny that he was asking us that if we were sure. Even the smallest kid in the Sunday School knew that there were three wise men.

Last week we had a time with Mathew 1:18-24, in the later post we will discuss the genealogy of Jesus as well.

After Jesus was born in Bethlehem in Judea, during the time of King Herod, Magi from the east came to Jerusalem 2 and asked, “Where is the one who has been born king of the Jews? We saw his star when it rose and have come to worship him.”

3 When King Herod heard this he was disturbed, and all Jerusalem with him. 4 When he had called together all the people’s chief priests and teachers of the law, he asked them where the Messiah was to be born.5 “In Bethlehem in Judea,” they replied, “for this is what the prophet has written:

6 “‘But you, Bethlehem, in the land of Judah,
are by no means least among the rulers of Judah;
for out of you will come a ruler
who will shepherd my people Israel.’

7 Then Herod called the Magi secretly and found out from them the exact time the star had appeared. 8 He sent them to Bethlehem and said, “Go and search carefully for the child. As soon as you find him, report to me, so that I too may go and worship him.”

9 After they had heard the king, they went on their way, and the star they had seen when it rose went ahead of them until it stopped over the place where the child was. 10 When they saw the star, they were overjoyed. 11 On coming to the house, they saw the child with his mother Mary, and they bowed down and worshiped him. Then they opened their treasures and presented him with gifts of gold, frankincense and myrrh.12 And having been warned in a dream not to go back to Herod, they returned to their country by another route.

The wise men followed the star but used their wisdom and logic, so they went to the palace in search of the newborn baby King. It’s only after reaching there, did they realize from the King that there was no such baby.

So they went again in search of the baby, this time they found the star again and followed it all the way, where it stopped in the “house” where Baby Jesus was.

If we look at the posters of “The Wise Men visiting baby Jesus “, the picture depicts that the baby is still in the manger whereas when we read the word of God it says that-

When they saw the star, they were overjoyed. On coming to the house, they saw the child with his mother Mary, and they bowed down and worshiped him.

which shows that probably they had moved to a house and settled in Bethlehem. The journey might have been so long that it might have taken them many months to reach where Jesus was born. So we need to think of this-

Can we think over this?

God’s plan for your life is beyond human reasoning and logic. So trust him with your everything and see how he unfolds his greatest plan in your life.