Last Seven Sentences which Jesus spoke on the cross! 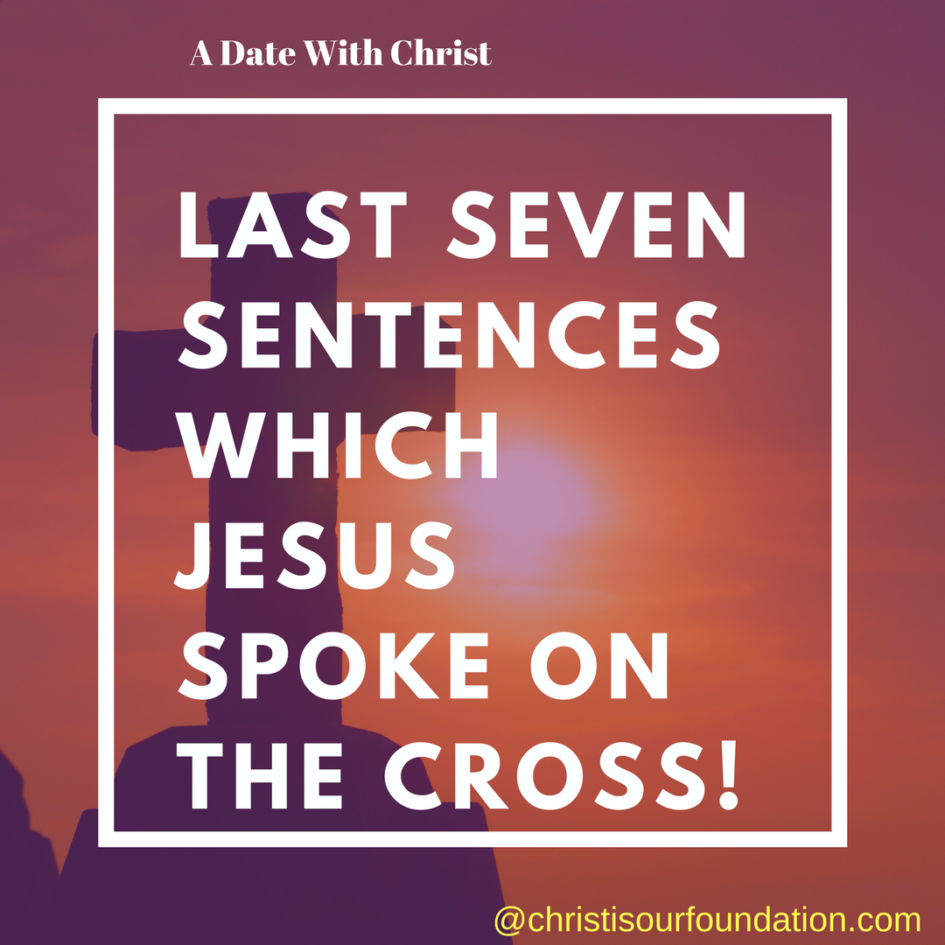 Today being Good Friday I took a day off from my work. Yesterday I had to set my vacation accordingly so people were notified about my absence, the subject which I wrote was “OOO due to Good Friday”, reading this few of my friends came to me and asked, should we give our condolences as Jesus was crucified or wish Happy Good Friday? We are confused.

I gave a smile and said, we don’t spend Good Friday as a day of mourning, instead we rejoice and thank GOD that he sent his one and only son to redeem us from our sins instead of destroying us. Jesus was the ultimate sacrifice and there is eternal life only through him. Though it’s not common to say Happy Good Friday, I told them you could wish me Good Friday, because 2000 years back there was a day when my Jesus defeated death and gave us eternal life.

Today, as we remember the crucifixion of Jesus let us recollect the seven sentences that Jesus spoke on the cross. These sentences are not in any particular order-